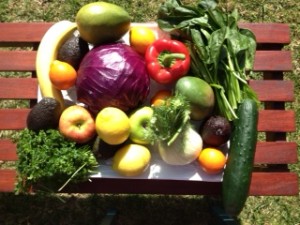 The Gut-Brain-Axis (GBA) references the communication between your brain and your gut. The GBA is how your gut Microbiome affects your brain. Your gut consists of the stomach, small intestines and large intestines. Your gut is commonly referred to as “your second brain” because there are 500 million neurons that communicate from the gut to the brain; this is actually 5 times more neurons than neurons from the spinal cord to your brain! Very important, the communication is bi-directional – your brain communicates to your gut what is going on and your gut communicates to your brain what is going on.

Third, the development of our gut in utero comes from the same tissue that develops the central nervous system. Both your gut and your brain develop out of the neural crest. This common place of origin may be the reason for the shared neurotransmitters too.

In recent years, there has been increasing amounts of research proving how the gut Microbiome affects your brain. This research shows that communication from the gut to the brain is influenced by the Microbiota of the intestinal tract. These studies have revealed that people with different types of gastro-intestinal disorders, such as IBS, IBD, Crohn’s disease, collitis, have altered bacterial strains from people who do not have gastro-intestinal disorders. And since this is a bi-directional communication pathway, communication from the brain to the gut plays a role in effecting the Microbiota of the gut also. This has been evidenced by several studies that looked at how stressful situations altered the gut Microbiota in humans as well as rats.

The more research that is being done on the Microbiome, the more we learn how your gut Microbiome affects your brain. As a result of all the research looking at the Microbiome and it’s effects to your overall health, researchers are attributing increasing amounts of health problems to the gut Microbiome. As an example, now IBS (irritable Bowel Syndrome) is actually considered a Gut-Brain-Axis problem, not just an intestinal disorder.

This is years, actually decades in the making for Western Medicine, which has all these prior years separated the different organs for all diseases/disorders. While it has been the Wholistic Health Care providers, Acupuncturists/Herbalists, Naturopaths, Ayuervedic Practitioners, who always saw the whole picture. Because of course you can’t separate out any part of the body from having an effect on other parts. It is 1 organism because of all the communication that goes on within it.

This book is not a medical manual. It is intended as a reference for a healthy lifestyle. The information is given to help you make informed choices about your health. This Cleanse is not meant as a substitute for any treatment that may have been prescribed by your doctor. If you suspect that you have a medical problem, you are urged to seek competent medical help. If you are pregnant or nursing, it is recommended that you do NOT do this Cleanse. This is not the appropriate time to make radical changes to your body. These herbal formulas are NOT to be used by a pregnant woman. All recommendations are believed to be effective, but since the actual use of herbs by others is beyond the control of the author, no expressed or implied guarantee as to the effects of their use can be given nor liability taken. The publisher and author expressly disclaim all liability connected with goods/services/ products obtained with this Cleanse. Any use of the information in this book is at the reader's discretion.
Notice: If you have a corn allergy, do not take these herbs. (They are processed with corn starch.)

All rights reserved. The content on this website may not be reproduced in whole or in part, without written permission from the owner, except by a reviewer who may quote brief passages in a review; nor may any part of this website be reproduced, stored in a retrieval system, or transmitted in any form or by any means electronic, mechanical, photocopying, recording, or other, without the written permission from the publisher. Cover photo: courtesy of William Short